This Friday, October 4th during Art After Dark, stop by and welcome Drew to our gallery!

Drew Davis is a Modern Impressionist who paints primarily using oil and acrylic paints. His love of painting drove him to pursue his art career as a teenager in 2001. He has since developed a notable style of painting that gives life to his subject with energetic brushwork, eye-catching color and thick swatches of paint that evoke movement and connection. His bold, yet intuitive method of painting lets the paint speak for itself; giving it a life of its own.

Living on the Central Coast in beautiful San Luis Obispo, he is inspired by the many coastlines, vibrant vineyards and lush mountains. His love of the outdoors, fine food, craft beer, local wine, local music (Gypsy Jazz), and swing dancing (Lindy Hop) feed his creativity.

Drew’s paintings are collected world-wide and shown in numerous galleries, juried art shows, businesses, and festivals around California. In 2014 Drew began instructing painting workshops, which have since gained popularity in and around SLO County.

Not only has Drew had the honor of being voted SLO New Times “Best Visual Artist”, he has been featured in numerous publications including the covers of: SLO Chamber Visitor Guide, Festival Mozaic, Paso Arts Festival, Cambria Art and Wine, Open Studio Art Tour and others. 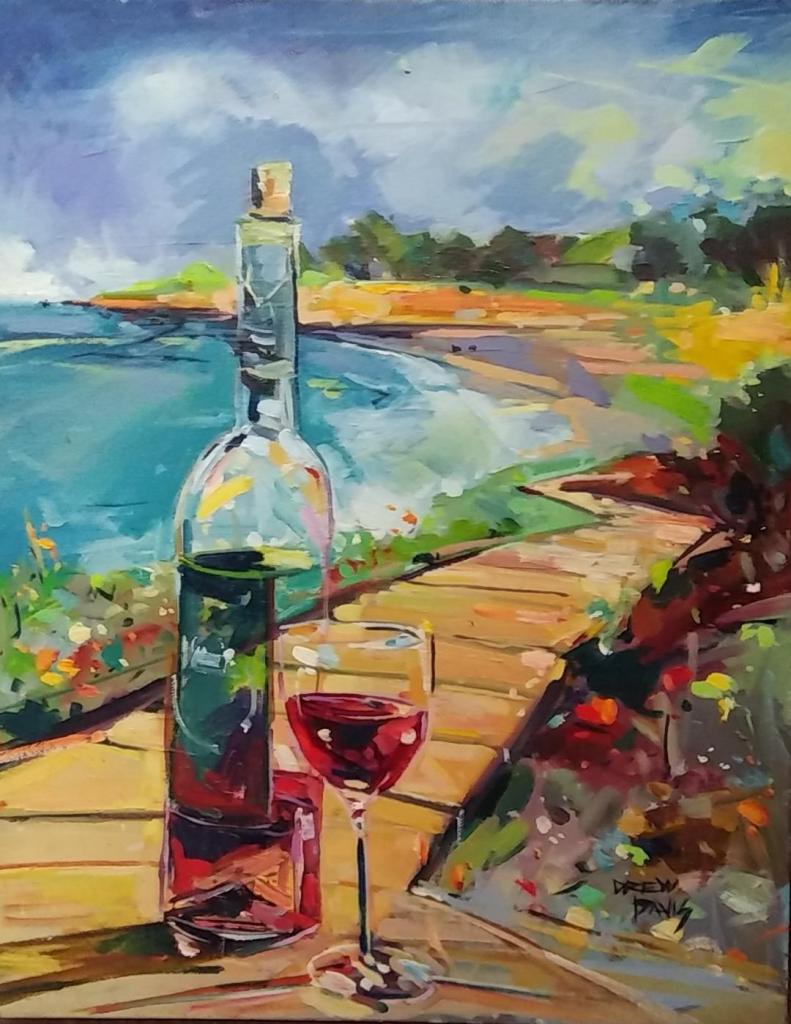 To see Drew’s work and get more info, visit him online at www.drewdavis.com and on Instagram and Facebook @drewdavisfineart.

Leave a comment (sorry, attachments are not allowed) Cancel reply

This site uses Akismet to reduce spam. Learn how your comment data is processed.

Our most recent Posts

Art Central is an art & drafting supply store for local artists by local artists. It is our mission to promote & support the visual arts of San Luis Obispo County. Our friendly, knowledgeable staff is ready to help you find what you need to create your masterpieces or discover a new creative outlet!